Everyday Reminders of Our Eternal Hope

Last year, we inherited two chickens from some friends in town who had decided to take up urban chicken raising. They tried really hard, but realized after many months that it was not a good fit, so my family re-homed them to our little plot just outside of town.  My kids were so excited! My wife and I figured out pretty much instantly that our kids saw these chickens as pets, and we decided we could live with that. We named them “Henny” and “Penny,” sharing the name of the character from the story “Chicken Little.” Our kids have loved on these "pets" for about a year now, and it has been pretty fun to watch them chase the chickens around the yard. Then yesterday, Henny died.

This is Why Some People Don't Have Pets

Henny had been sick for at least a week, and my wife and I had felt pretty sure that she was not long for this world. Yesterday was the day. My kids found her huddled up in the corner of her coup after we got home from a friend’s house; she was already gone. Now, I grew up in and around farms, and the loss of an animal just doesn’t bother me. It's a fairly typical, everyday kind of situation in farm life. My kids, on the other hand… as silly as it will sound to some, this was one of their pets. They loved these chickens, and each of my kids is a deep feeler. My daughter and youngest son were absolutely wrecked. My oldest son… I think he gets it, but maybe he'll fall apart later this week. So while my wife comforted the kids, I prepared to bury the dead chicken.

As the last shovelful of dirt hit the pile, the kids said goodbye to Henny amongst many tears and sobbing, and my heart was moved for them. I am sad for them, for their loss of relationship with a pet they loved. I grieve  that they are grieving. We talked for a while about loss, and sin and death, and the gospel. After some time, their emotions settled, as they began to make peace with the situation. They played with some friends down the street. They went and played with the chicks we are brooding in the pole barn. They slept soundly through the night. I know there will be some more tears over the next few days, but I also know they’ll be okay. Again, I'm sad for their sense of loss, and I'm not happy that they have to go through this. But overall, this is a part of life, and we have to deal with it.

What is so weird is the thing that finally starting making me feel angsty and a little existentialistic yesterday evening: the remaining chicken, Penny! We let the chickens roam the yard during the day, and cage them at night. After I caged Penny for the evening, I was sitting here at my kitchen table, and noticed through the window that Penny was pacing back and forth in her cage, and kept coming up to the cage door expectantly. My heart sunk: she was looking for Henny. She doesn’t understand that her companion is dead, she just wonders where she’s at. This poor creature was missing her friend, and there was no way for me convey to her to that Penny was not coming back.  Even this morning she is waiting at the gate as I sit here and type this. I realize that when it came to my kids, I was comforted because I could comfort them and help them understand. But when it came to Penny, I was restless in spirit because I knew I could not explain the situation to her; she will be truly at a loss to understand where her friend went, and I can't fix that.

It Wasn't Supposed to be This Way

The site of this forlorn, lonely, confused chicken brings to my mind Paul’s words in Romans 8:20-22: Against its will, all creation was subjected to God’s curse. But with eager hope, the creation looks forward to the day when it will join God’s children in glorious freedom from death and decay. For we know that all creation has been groaning as in the pains of childbirth right up to the present time. (NLT)

These verses require little interpretation. Creation never chose death; it was mankind, in its rebellion to God, that foisted death upon the entire creation (read Genesis 3, if you need more on that). And so we see the signs of creation groaning against the heavy, burden of suffering, decay and death, like my chicken standing there confused at the gate of her coup. Creation is groaning. As part of that creation, we too wrestle with emotions and situations that we were never meant to. Why is it  draining and hard for me to lead my kids through their grief? Because we were never intended to grieve. Grief wasn’t supposed to be a part of the equation. Why I am upset that I can’t explain to a pet chicken that its friend is not coming back? Because we were never supposed to suffer the rupture of relationship that death brings. This world was never designed for anything less than to embrace and enjoy life ecstatically, forever, with our creator.

Paul continues in Romans 8 with a message of hope: And we believers also groan, even though we have the Holy Spirit, within us as a foretaste of future glory, for we long for our bodies to be released from sin and suffering. We too wait with eager hope for the day when God will give us our full rights as his adopted children, including the new bodies he has promised us.” (8:23, NLT)

We know from scripture that death isn’t the end. This is the glorious hope that we have in Christ, that he will raise us from the dead, into life everlasting with him and the Father. And our groaning will cease, as well as that of creation. And all things will be restored to him. So my choice today is to look at that sad chicken who wonders where her friend went, and to let this everyday situation remind me that Jesus will one day set all things right, and that those who are found in Him, along with creation itself, will be set free from the curse of sin and death. 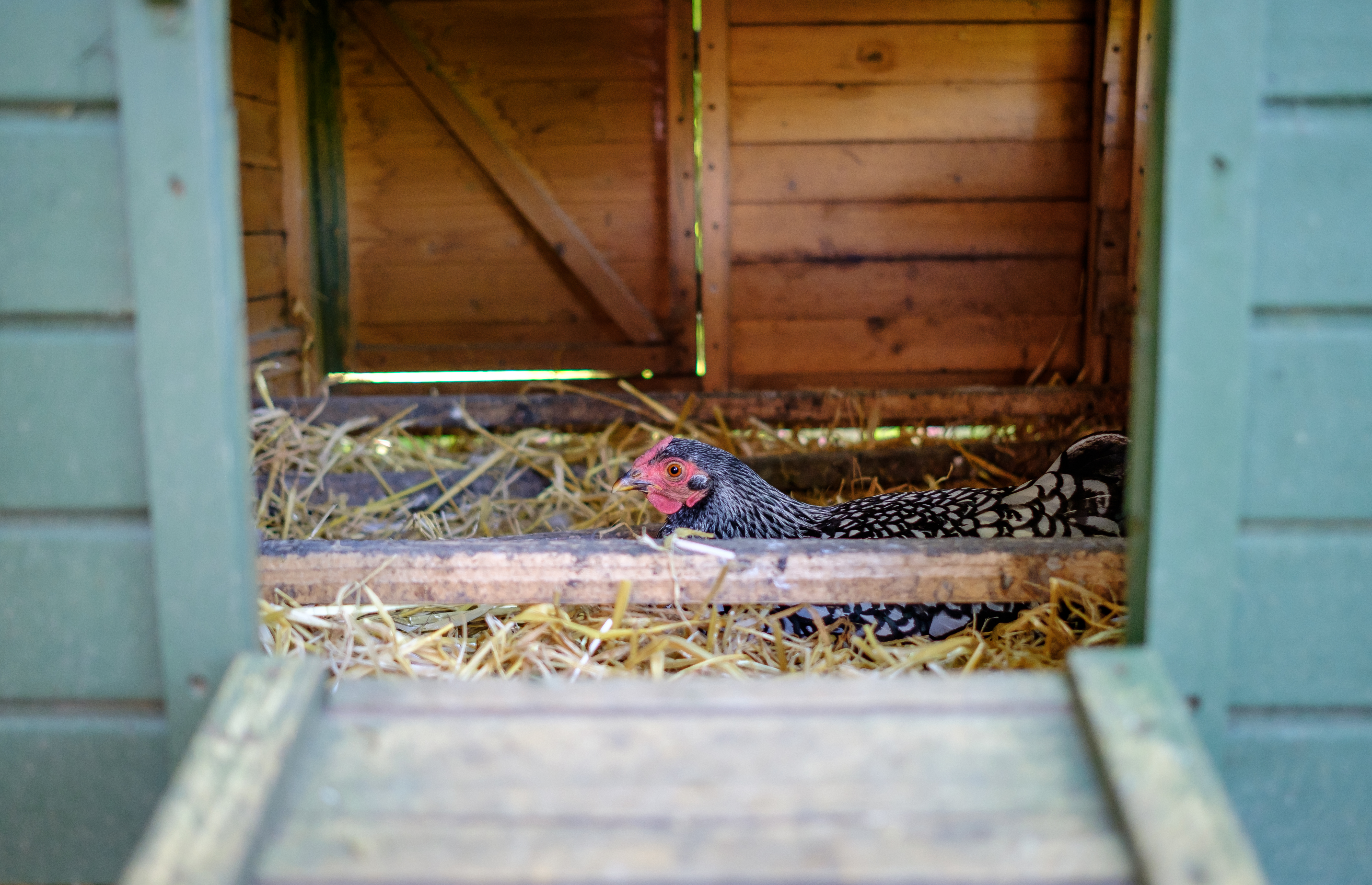