Journey to Bethlehem (Or Not): The Christmas Story in the Four Gospels

You probably knew that the Bible contains four gospels—four stories about Jesus (Matthew, Mark, Luke, John). So I’ve got a great new idea for Christmas celebrations: get a four-year rotation going, and each year celebrate Christmas through one of the gospels. Just think of the creative possibilities! Imagine the excitement of reenacting the Christmas story through the eyes of each gospel writer, one at a time!

There’s a catch, though. Two of the four gospels (Mark and John) don’t care about Christmas at all. And another one of them, Matthew, only cares about it a little bit. I mean a little bit. Like, eight verses on the whole Christmas story (after eighteen verses of genealogy), and the actual birth of Jesus is an afterthought. An angel appeared to Joseph, who was engaged to Mary, and told him that Mary would have a son. That happened, and they named him Jesus. Moving on. No manger, no angels, no shepherds, and Bethlehem is only mentioned in hindsight in Matthew 2:1 (“oh, by the way, the birth happened in Bethlehem and they stayed there for a couple of years afterwards until they had to escape Herod the psychopath”).

So in year one, following Jesus’ story through Matthew, you get together with a couple of friends on December 24 and read Jesus’ genealogy, and then on December 26 say “cool, Christmas happened.” The end. Think how much time and energy and stress and money you’ll save!

Mark says nothing about Christmas. Nothing. He opens with a couple of verses from the Old Testament and then we’re at the Jordan River watching John baptize people. So in the Markan year, ignore Christmas completely until the Feast celebrating John the Baptist on January 12—at which point you can read some lines from Isaiah and then get on with the mission.

Okay, okay, now you can go nuts. Four weeks of Advent, twelve days of Christmas, the works. But when you put out that Nativity set, keep a couple of things in mind:

There were no angels at the manger. Especially not angels with wings. Because angels don’t have wings.

There were no animals at the manger. The sheep stayed out in the fields with the angels. [Okay, I could be wrong about that last part.]

And (most shocking of all, I’m sure) there were no little boys with snare drums at the manger. Snare drums weren’t invented for 1300 more years, so definitely no snare drums. Not to mention—snare drums and newborns? Really? I’m imagining what my wife would have done to me if I’d marched into the delivery room in full marching band regalia after our children were born. “The little lord Jesus, no crying he makes”—not if there’s a snare drum in the room! So go ahead and celebrate Christmas in the Lukan year, but try to pay attention to what Luke does and doesn’t say happened on that glorious day.

John is fantastically simple about Christmas: the Word became flesh, and tabernacled among us. “Veiled in flesh the Godhead see, hail th’incarnate Deity / Pleased as man with men to dwell, Jesus our Immanuel.” How do you celebrate that?! Worship. Meditation. Wonder. Silence. SILENCE. Maybe that’s why John doesn’t go into all the details (not that he’s criticizing Luke for doing so!). Maybe he didn’t want anything to distract us from his astounding claim that the one and only God of Israel, who split the Sea and blew up Sinai, who alone sits enthroned above the universe and whose word creates all that exists—that God had come to us in the form of one of his most beautiful, and yet most helpless, creations.

Four gospels, four radically different perspectives on the one world-changing event. Matthew cares most that Jesus’ arrival, whatever its circumstances, is the climax of Israel’s story and the end of Israel’s exile. Mark just wants us to get to work. Luke wants to slow down a bit and tell the story in some detail—perhaps the primary lesson here is that we need to read Scripture carefully and notice what’s there (prophetic worship from Elizabeth and Mary and Zechariah and Simeon and Anna) and what isn’t (three wise men, cherubs, and little drummer boys). And John wants to knock us over with a simple summary of an event that can’t be fully expressed in words. And what does that summary mean? What does it mean that “the Word became flesh”? Find some silence this Christmas and ponder that for a little while. 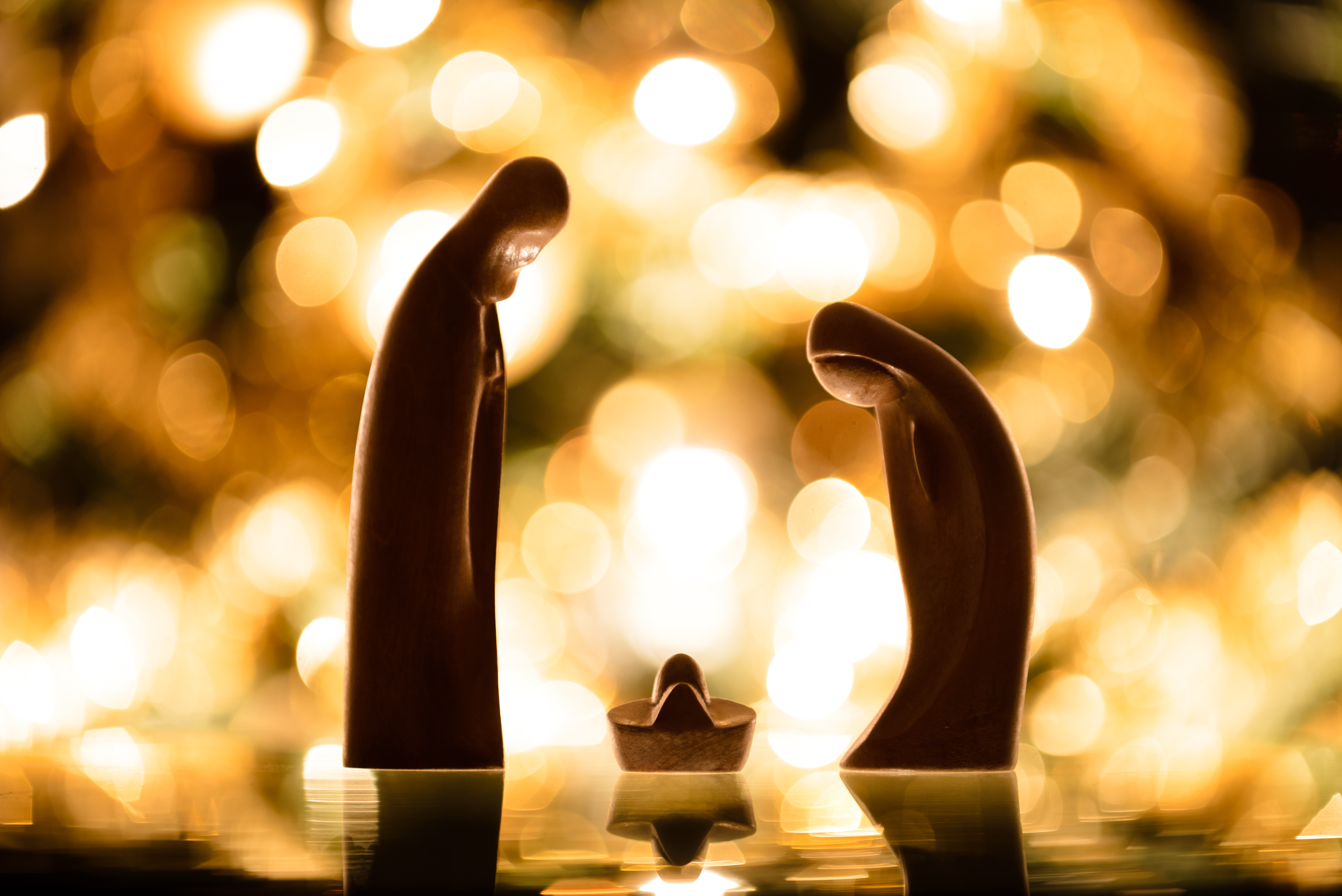