Joseph, the “father” of Jesus. He is not a major character in the story, by any reasonable estimation. He appears briefly prior to Jesus’ birth—precisely to substantiate the claim that he is not Jesus’ father. He does lead his family to Egypt and Nazareth and so rescues Jesus from the wrath of the king. But after that he serves only as a foil; only those who do not know Jesus are likely to associate Joseph with him (“Isn’t this Joseph’s son? What makes him so special?”). Some legacy!

If you’ve ever read the genealogy of Jesus in Matthew 1, you’ll have noticed that certain individuals are conspicuous by their presence. They didn’t really have to be listed there, but Matthew decided to mention them anyways—so there must be a reason! Five women appear in the genealogy: Tamar, Rahab, Ruth, the wife of Uriah (i.e., Bathsheba), and Mary. There are all sorts of interesting reasons why those five might have been listed—for example, all five of them got into this family in, uh, complicated ways. Undoubtedly the brokenness in the four OT women’s circumstances paved the way for some to point at Mary and confirm that God could still use her offspring despite the questions surrounding the circumstances of her pregnancy. Here’s one less often noted: all four OT women came into this family through death. Tamar? I’ll come back to this one below, but the short version is that two husbands died before her role in this story became clear. Rahab? Everyone in Jericho: dead. Ruth? First husband: dead. Wife of Uriah? Right. And if you dig a bit deeper, you’ll find that this sort of thing is pretty typical of the Davidic line. Like David himself. First wife, Michal. To get her David had to kill Goliath. Second wife, Abigail. To get her God had to kill Nabal (Abigail’s husband). And then Bathsheba, of course. Goliath – dead. Nabal – dead. Uriah – dead. This is a bloodline that perpetuates itself through death.

Nice family, huh? Dig even deeper into David, and you’ll find out not only that he tends to get wives by killing people; he’s pretty good at making life miserable for his wives as well. Remember Michal, Saul’s daughter and David’s first wife? Here’s their love story, in six acts . . . Act One: she loves him. Act Two: she saves him. Act Three: he abandons her. Act Four: he manipulates her. Act Five: she despises him. Act Six: he moves on without her. Wonder where he got it from? Check out Judah (now back to Tamar). Tamar is Judah’s daughter-in-law, but Judah’s son is a jerk, and God takes him out. Judah’s next son—required by custom to take his older brother’s place—is no good, and gets the same treatment. Judah doesn’t want his last son to go the same route (thus ending Judah’s family line), so he tells Tamar to go back to her dad’s house and wait for him to call. [Hint: he’s not going to call. And as her father-in-law, it was his job to take care of her, not her dad’s.] Tamar takes matters into her own hands, and, disguised as a prostitute, sleeps with Judah and gets pregnant. Now here’s the key: when Judah found out she was pregnant, his reaction was to have her brought out in public, humiliated, and burned to death.

Time for a Change

Can you think of another occasion on which a woman was pregnant when she wasn’t supposed to be, and the man responsible for dealing with such things found out? That’s right. Joseph. And what was Joseph’s first reaction when he learned that Mary was pregnant? “Not wanting to disgrace her, he intended to divorce her quietly [until the angel showed up and filled him in on a few things] (Matthew 1:19).” Not wanting to disgrace her. What did Judah want to do when he discovered that Tamar was pregnant? Disgrace her. Here’s the point: we know that Jesus is the one who is going to redeem this messed up family and the spectrum of nations intertwined with it (don’t forget that, thanks to the women mentioned above, most of the people in the genealogy are at least part-Gentile). Joseph is not the redeemer. Jesus is. But Joseph is the signpost of the coming redemption. He is the hint that things are about to change. The principal sin of the Davidic line (according to Matthew) is its treatment of women, and Joseph’s radically different posture toward Mary sets the stage for Jesus to come and turn the ship around completely. In this sense, at least, Jesus was truly Joseph’s son.

Again—Jesus is the redeemer of that family, not Joseph. Just like Jesus is the redeemer of your family, not you. You don’t get to play the role of Jesus in the brokenness of your own genealogy. But you can play the role of Joseph. You can be the one who leans into Jesus’ work in your family by resolving that you will not perpetuate the sins of your parents—and following through on that resolution when the opportunity arises.

Generational brokenness is complicated. It is entirely human to make the same mistakes as our parents, and it is no simple thing to bring such trajectories to an end. You and I both know that a simple one-time decision doesn’t magically make it all go away! But as a starting point, I invite you this Christmas season to anticipate the final redemption that only Jesus can bring by increasing in your awareness of what brokenness exists in your bloodline and resolving to fight against it as the son of Joseph finishes the work that he began so long ago. 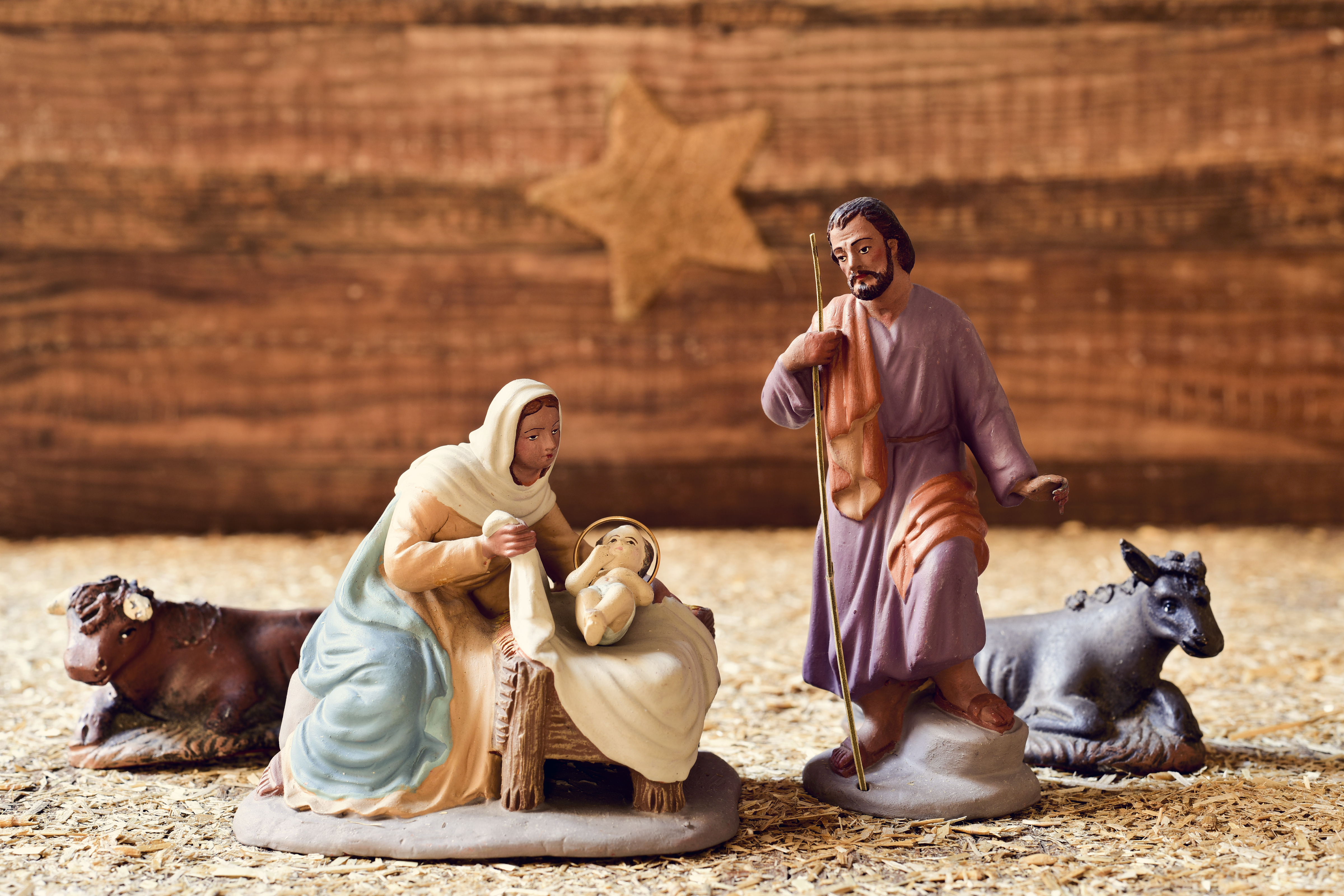