Thursday, May 10th, is the day celebrated as Ascension Day in 2018.  It often comes and goes on the calendar without my thinking about it.  I believe that to be true for most of my family and friends, too.  The lack of discussion or even mention of it is the greatest evidence of this.

So what is Ascension Day? Ascension Day commemorates the physical ascension of our Lord Jesus, 40 days after his resurrection.  This event would have been amazing to witness.  The use of the word “awesome” would actually be used appropriately in describing this event.

Here is the account from the book of Acts.  The writer, Luke, wrote this book and his Gospel to a man named Theophilus.  His identity and relationship to Luke is unknown.   But this we can know, Luke wrote it so that Theophilus could be certain of the person and work of Jesus Christ (Luke 1:4):

“6 So when they had come together, they asked him, “Lord, will you at this time restore the kingdom to Israel?” 7 He said to them, “It is not for you to know times or seasons that the Father has fixed by his own authority. 8 But you will receive power when the Holy Spirit has come upon you, and you will be my witnesses in Jerusalem and in all Judea and Samaria, and to the end of the earth.” 9 And when he had said these things, as they were looking on, he was lifted up, and a cloud took him out of their sight. 10 And while they were gazing into heaven as he went, behold, two men stood by them in white robes, 11 and said, “Men of Galilee, why do you stand looking into heaven? This Jesus, who was taken up from you into heaven, will come in the same way as you saw him go into heaven.” (Acts 1:6-11, ESV)

Imagine being a witness to that event… one’s gaze following Jesus up into the sky as He physically rises until the clouds obscure Him from view!  Only the angels, with a different perspective of the event, would question why the disciples stood looking heavenward.  Everyone I know would have been transfixed and staring as well.

First, like His resurrection, Christ’s ascension confirms His deity.  God rules over the laws of the physical world and the realm of heaven.  He rose into the air and relocated back to His true home where He is seated at the right hand of the Father (Hebrews 1:3-4).

Second, His ascension is a confirmation that His sacrifice on the cross, in our place, for our sins, was accepted amongst the God-head and no further sacrifice would ever be needed (Hebrews 9:24ff; I John 2:1).

Third, Christ’s ascension casts a true expectation and assurance for us that He is in Heaven preparing a place for us and will return to gather us (John 14:1-3).  On that day, we too will ascend into Heaven with Him (1 Thessalonians 4:13-18).

A day worth celebrating and remembering?  Absolutely.  The early church, beginning in about the 4th century, often commemorated the day with a feast.1 That sounds like a great way to celebrate! Later celebrations would include: the extinguishing of a candle that had been lit on Easter; the reading of liturgies that proclaimed the finished work of salvation; and an evening of prayer.2 These are more great ideas that we ourselves could practice to help us remember the wonder of Christ’s ascension!

Let me suggest an additional way to celebrate our Lord’s ascension into heaven: be a witness of the person and work of Christ to someone on Ascension Day:

“It is not for you to know times or seasons that the Father has fixed by his own authority. 8 But you will receive power when the Holy Spirit has come upon you, and you will be my witnesses in Jerusalem and in all Judea and Samaria, and to the end of the earth.” (Acts 1:7-8, ESV)

That is what Luke was doing in writing the account of Jesus’ ascension to Theophilus – being a witness to him so that Theophilus might be certain of the person and work of Christ.  As we remember and celebrate our Lord’s ascension into Heaven on May 10th, who can you speak to about Christ in order to make their faith certain?  Who is your Theophilus? 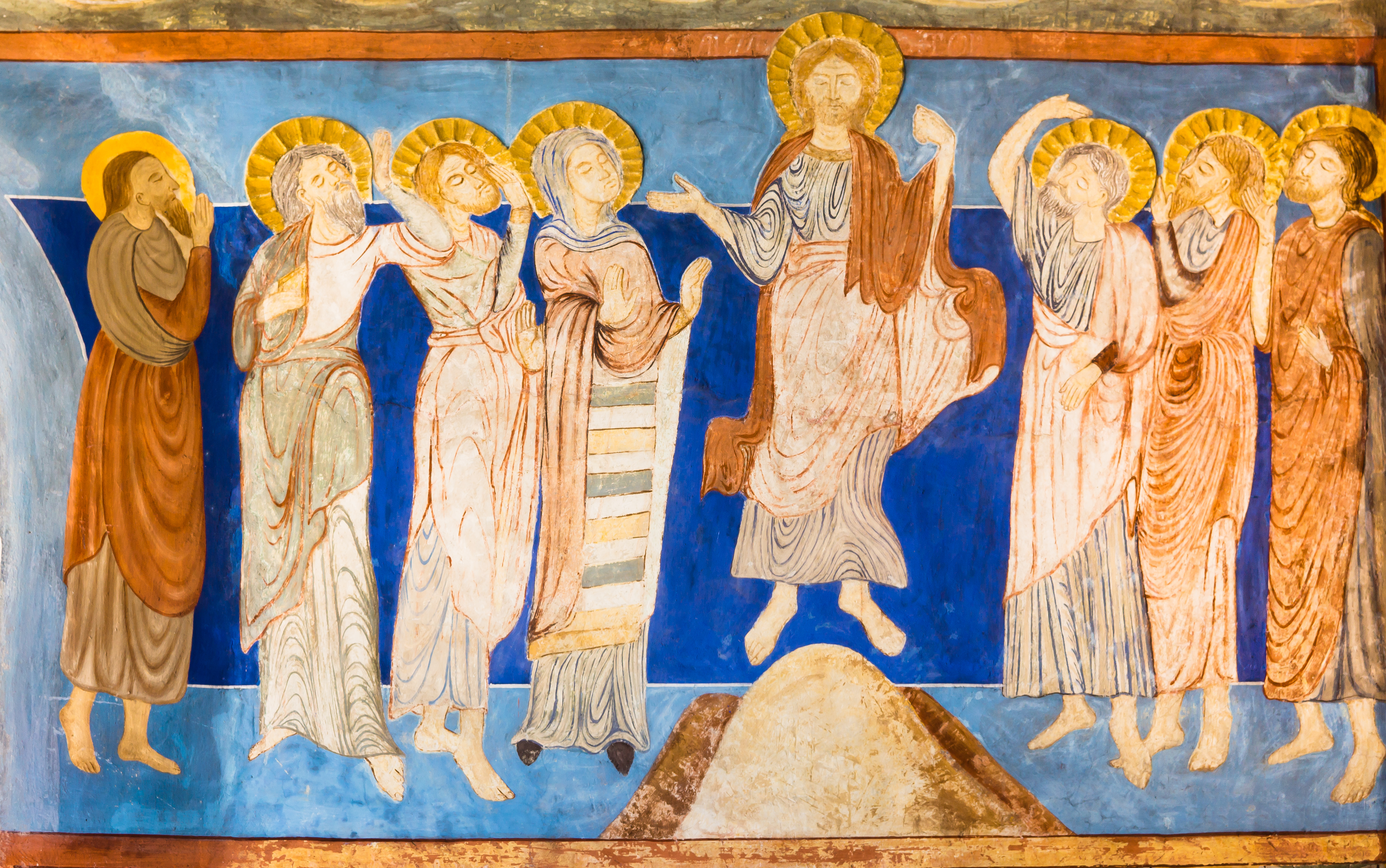