Why GNU? A Student Reflection

I tried to Google how long it usually takes to create a new university. Other than six vague methods on how to start a college (thank you, WikiHow), most results were about the time it takes to form a new habit.

It seemed like Google had failed me for the first time in, well, ever. [1]

But I’m a sucker for trivia. So, I dove into the rabbit-hole, and I now know that forming habits in 21-days is kind of nonsense, that genius is in some way a habit, and what “automaticity” means.[2]

Then I got stuck on what it looks like to cultivate genius, which led me to a quote by Will Durant: “We are what we repeatedly do. Excellence, then, is not an act, but a habit.”[3]

I will (humbly) add to Durant’s observations by saying that excellence is not only a habit, but a mindset influenced by those around you. If there’s ever a time for cultivating excellence or genius, it’s in college, when you’re surrounded by new people with new ideas and their own habits. What students, including myself, often forget is that we choose who influences us.

When Moody Bible Institute–Spokane closed, I was faced with the difficult decision of where to finish my college career. However, as time went on, I saw more and more of the character and tenacity–the excellence–of those who dreamed of Great Northern University. For months, I saw a group of people share a vision that began, and will continue, with a relentless, passionate pursuit of God.

So, I made my choice.

I am a better person for leaving my education in the hands of men and women who pour into me inside and outside of the classroom at GNU. Because I am blessed to already know the faculty and staff, I can confidently say they are the ones I want guiding, challenging, and shaping who I am. If you want anyone influencing you as a college student, you want it to be those who made GNU possible. Their faith, their passion for education, and their love for students has not only changed my life, but it inspires me to make a habit of saying “yes” to God, exactly like they did when he called them to the incredible journey of beginning a new university.

[1] User-error. The reason my Google search turned up rather sparse was because I used the word “create” instead of “start.” I googled “how to start a college” and many more resources pop-up. A small reminder that it is God who ultimately creates the circumstances, seasons, and opportunities for us to start, or even choose, something new.

[2] Trivia #1: For those of you who, like me, try to impress with a “well-formed” vocabulary, my simple definition of automaticity is “doing or acting without thinking”.

[3] Trivia #2: This quote is usually attributed to Aristotle, but it is in fact Durant’s interpretation/development of Aristotle’s real words: “The virtues are formed in a man by his doing the actions.” 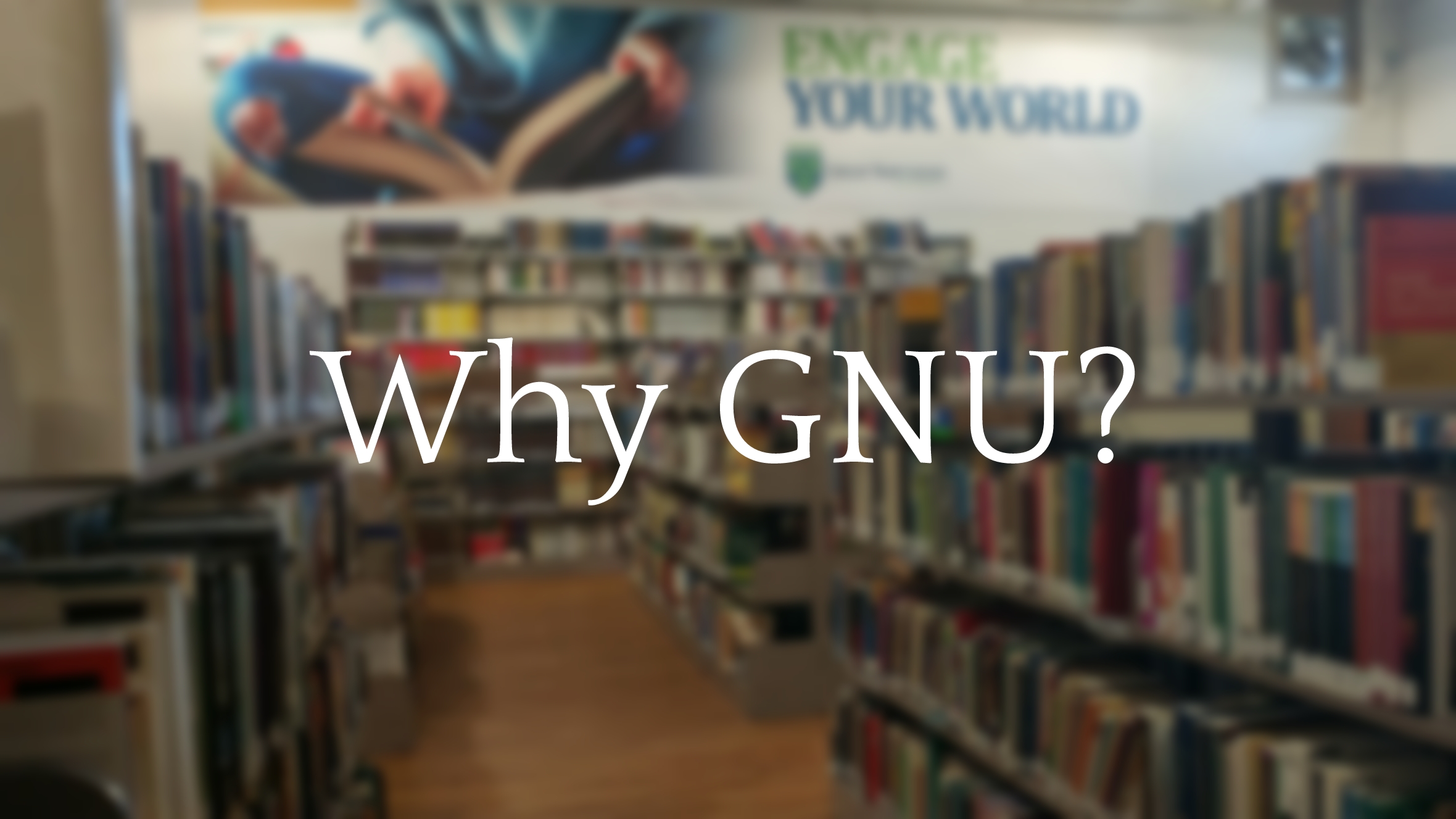